“A one-of-a-kind event that showcases footage from videos that were found at garage sales and thrift stores and in warehouses and dumpsters across the country.”

And a one Gary Lachance was lucky enough to snag the final ticket to the sold out show…
Which was truly amazing, and had the entire audience laughing and interacting for two fun-filled hours. Can’t recommend her enough.. definitely check out their site for upcoming tour dates, tons of hilarious clips and the opportunity to purchase a wide array of life-affirming merchandise!

For you see, I too am a Compulsive Crap VHS Collector, and have amassed about 800 of them over the past decade.

At first I was obsessed with them for no good reason, just enjoyed casually collecting and coercing random friends into watching “Getting The Love You Want“, “Emotional Eating” “Denise Austin’s Pregnancy Plus Workout” and other such treasures.

But deep down I knew that somewhere along the line these videos would reveal a Far Greater Potential… And one momentous day that Greater Truth struck me.

The mountain of schlock which had grown to dominate my apartment and so perturb my (ex) girlfriend did indeed serve a divine destiny. For, unbeknownst to me, the tapes were to serve as essential building blocks for a film I’d begun to develop several years earlier (and am only now about to begin sharing with the public)- Humanity!

But yes, Joe, Nick and I had a great time rummaging through and discussing my collection, including such gems as “The Larger Woman’s Workout“, “How To Raise A Street Smart Kid”, “The Art Of Successful Breastfeeding” and “How To Win At Parenting (without beating your kids)“.

Encountering fellow humans who appreciate such beauties is extremely rare and it was a lot of fun to nerd out with them. Definitely looking forward to trading some footage and whatever else the future may hold for our overlapping bad tastes…

Check ‘em out at http://www.foundfootagefest.com

Or enjoy one of their finest (and a few photos of my collection (the shelved ones are two deep)) below: 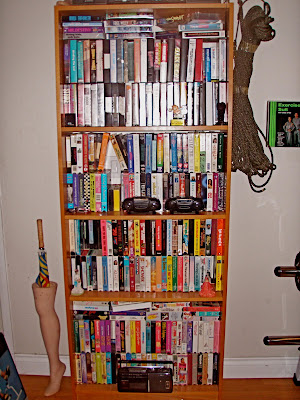 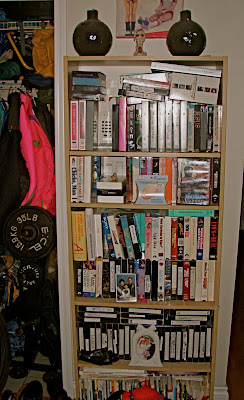 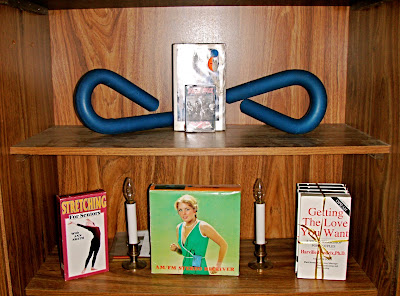 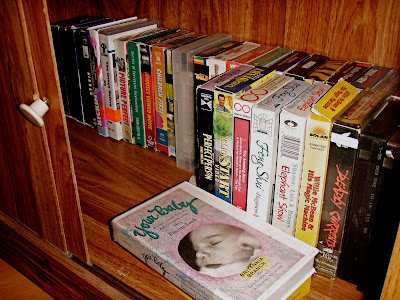 This entry was posted in Gary, Humanity, VHS. Bookmark the permalink.