So,
For the past week, Erik Engstrom of HORSE the band fame has been visiting.

And we’ve been hard at work, determining how exactly to utilize the 120+ hours of footage that I filmed during their “Earth Tour 2008”; an unprecedented feat of bravery which saw us circumnavigating the globe and passing thru 45 countries in 90 days:
http://www.absolutepunk.net/showthread.php?t=297977
A suicide mission if ever there was one…
But we survived.

And you’ll soon learn why HORSE the band is without peer
! 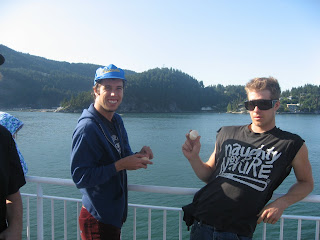